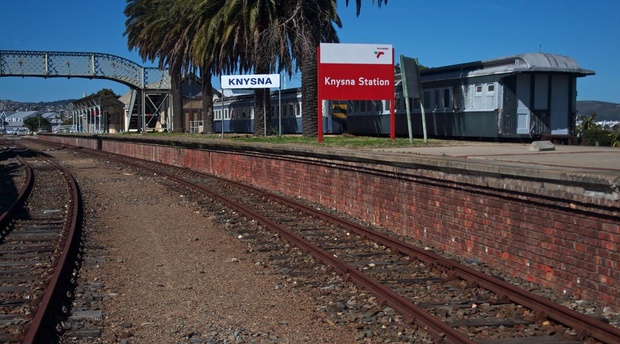 The Transnet Freight Rail Branch Lines in the Southern Cape run through all the listed Municipalities and the current state of the network was shared with the Municipal planning officials. The main parts of the network from Klipplaat in the Eastern Cape, through Oudtshoorn to George, Mossel Bay and through Riversdale towards Swellendam and Worcester are all operational. Three of the branch lines are currently inactive, namely, the Narrow Gauge towards Port Elizabeth that runs in George Municipality, the Oudtshoorn to Calitzdorp line and the George Knysna Railway line.

The plan and vision that was shared includes the densification of the network that is not utilized to full potential. The vision is to use freight opportunities to increase the amount of freight that we can divert from Road to Rail. The movement of freight to the rail system will assist in reducing the number of highly pollutant road trucks that cause significant traffic delays and accidents on the roads and also support the tourist industry and economic growth in the area.

Eden District Municipality is working towards the creation of a centralized land-fill site for municipal waste at a new site adjacent to PetroSA in Mossel Bay and the rail line between Mossel Bay and Worcester runs adjacent to this site. The proposal from Transnet Freight Rail is to form a collaboration with all the Municipalities in Eden to introduce a solution of moving the solid waste by rail to the land-fill site. Existing trains running on the line can be used and this will result in cost savings for the municipalities. The creation of intermodal transfer facilities at TFR stations will then assist to enable the loading of any container or swop body from road to rail and vice versa and make available rail freight opportunities to any company in the Southern Cape, even those without direct railway sidings.

Transnet shared the idea of using the railway line for shared services with trams and light trains where one could introduce a tram or Light train running between Mossel Bay, the Airport, George and Knysna with secondary services to Oudtshoorn and Heidelberg. This service can be integrated into the transport investments into Go George and other initiatives.

A third major focus area is the use of the railway line for tourist activities. This will include the expansion of the current activities like the Outeniqua Powervan and Diaz Express. Transnet with the help of private interests and funding is also in the process of converting the steam workshops in Mossel Bay to become the premier maintenance facility for steam locomotives as well as the training center to ensure young people from the area are trained in the skills required to enable steam trains to be a central part of the tourism offering.

Transnet shared its vision of expanding the tourist steam trains operating through Eden District Municipality. The current infrequent services must increase and the vision must be to offer a daily service that can be used to convince International tourists to stay another night in the Southern Cape and thereby increase the economic spin-offs for the area.

Transnet also announced that the process to obtain a solution to the re-opening of the George to Knysna branch line is on track. After a period of more than 4 years where Transnet encouraged the local interest groups to work together to develop a proposal whereby the line can be restored and the steam operations resume and this has now been formulated.

The private sector initiative developed a full proposal with a request for a concession on the line that will see the restoration of the line and the resumption of the Outeniqua Choo-Tjoe. The private sector company will provide all funding and Transnet will support where possible in cascading material and by conceding the assets of Transnet on this line for a period of years to the concession company. The assets that will be conceded include the Outeniqua Choo-Tjoe train sets. At the end of the concession, the line and all assets, many in an improved state, will revert back to Transnet.

Transnet cannot publically, at this stage, name the company and its shareholders but will do this after a due diligence.  After this, the proposal will be submitted to the TFR Executive Leadership Team to support the awarding of the concession. The TFR Executive Leadership Team will then procure Group approval and Ministerial approval in terms of the Public Finance Management Act and finally enter into the concession agreement.

If everything goes according to plan, the possibility of running the Outeniqua Choo-Tjoe over a smaller section of the line will be a reality in December 2018.

On 28 October, 2018 Transnet and the region will be celebrating the 90th anniversary of the opening of the original George to Knysna Railway Line and the aim is to get the first services operational on this date.

Issued on Behalf of Transnet Freight Rail by: Mike Asefovitz